After a cool weathered stretch which lasted several weeks, first heat bump of the growing season is coinciding with the completion of veraison at Broken Rock. With the thermometer slated to dance between the upper 80s and low 90s for the remainder of August, we’ll be taking our first real steps toward Harvest.

While changes are afoot, we’re still 40 to 50 days from picking as we’ve just completed veraison. Veraison is the stage when grapes soften, change color and accumulate sugar. When I left for the UK on the July 16th, berries were rock solid, opaque and about half the size when fully mature; they looked and felt like green pellets. However, while away exploring the role of pints and drams in London and Edinburgh, chemical changes within the vine associated with veraison triggered pulp development, causing the berries to swell and soften. Upon my return, I was greeted with soft purple berries.

Due to lighter yields and the scarcity of water, things are lining up for a slightly earlier Harvest. Depending on what Mother Nature has to say, there’s still a chance we may eek and squeak into October. We’ll return again at the end of the week to officially begin grape sampling. At that point, we should be able to further whittle the Harvest window.

Blessing of the Grapes

RSVP for CRUSHCAMP
Join us for a hands-on peek inside the grape growing and production process. Crushcamp is a 3-hour harvest experience from 10a to 1p hosted by Stuart Ake. If your preferred date is filled, email to be added manually. 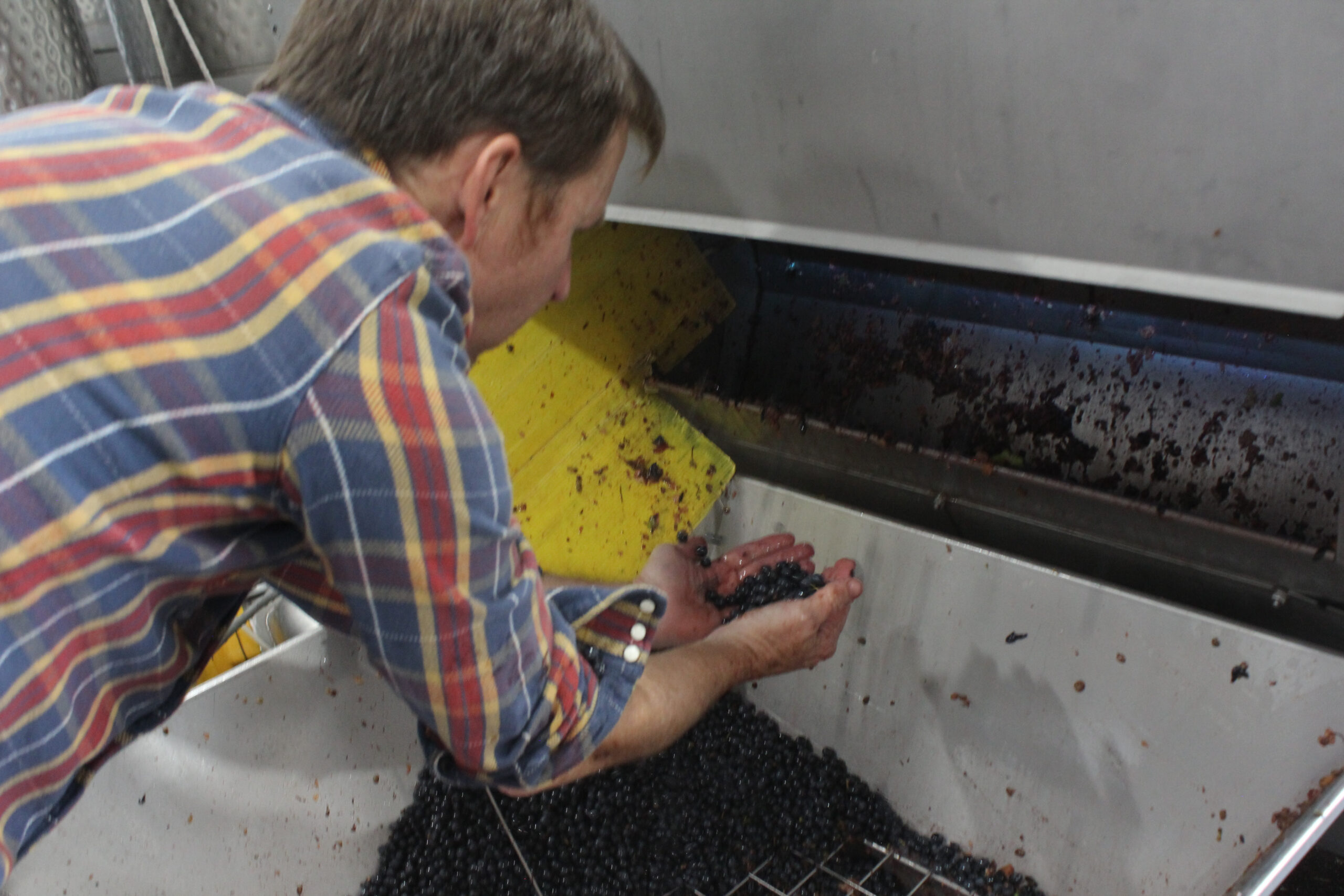